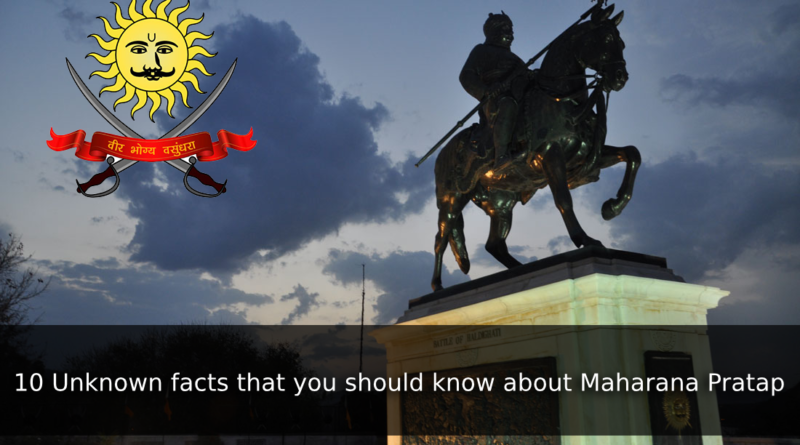 Kumbhalgadh fort the birth place of maharana pratap was build by his great great grandfather. It has world’s second largest wall after Great Wall of China.

Maharana fought his first battle when he was 14 years old in which he won. The battle was against Shams Khan an Chieftain of Sher Shah Suri, king of Delhi at that time.

He married to Ajabde Punwar of Bijolia when he was of 17 years. The love story of two is most famous in Rajputana but not outside.

After fall of Chittod Pratap with his father Rana Udaysingh led the foundation of More stronger capital of Mewad I.e Udaipur.

Due to hard internal conflicts in Royal family (due to his step mother Dheerbai and brother Kunwar Jagmal) Pratap left Udaipur. In his life time he decided twice to get “Sanyas” I.e to leave current life and accept spirituality. But he was bestrayned from doing so. Once by MIRABAI (Pratap’s Aunt) & next time by TULSIDASJI.

Pratap was eldest son of Rana Udaysingh and hence he was obvious successor of him.Due to internal conflict in family Jagmal (youngest) son of Rana Udaysingh was declared future Rana. Pratap never opposed this and went into forest. But afterwards Jagmal announced his collaboration with Akbar and accepted superiority of Mughal. This led all loyal chieftains angry and hence they removed Jagmal and Pratap was awarded with Rana in 1572. And this started Great History Of Maharana Pratap.

Historical records show that Maharana Pratap was about 7 feet, 5 inches tall and when in battle gear would wear armour that weighed around 110 kg.

The famous Haldighati war has been played in 1576. It was most horrible battle and deadly event in all time history of Rajputana in which Mewad army of 22,000 met 2,00,000 soldiers of Akbar.

After such valorous life Maharana Pratap passed away on 29 th Jan, 1597.

These are 10 unknown things about Maharana Pratap that every one should know . please correct me if you found some wrong information about The Great Maharana Pratap. Jay Bhavani Jay Rajputana .